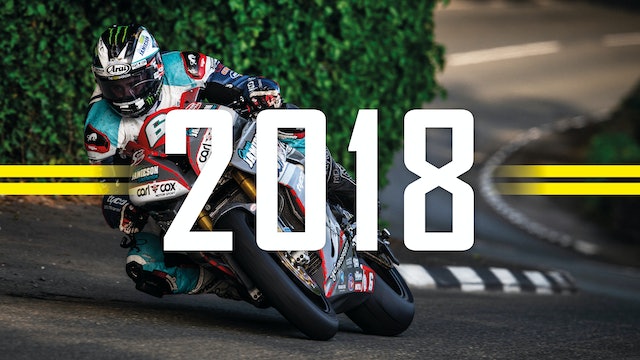 Perfect weather blessed the Island for the entirety of TT 2018, but tragedy struck early on when Manxman Dan Kneen lost his life after a crash at Churchtown in practice. Peter Hickman was the man of the week as he upped the Outright and Superstock lap records to a sensational 135.452mph and 134.403mph respectively as he claimed his maiden TT victories.

It was Michael Dunlop who came through for the Superbike Race win – dedicating the win to Tyco BMW team-mate Kneen – after early leader Dean Harrison retired. Dunlop doubled up in the opening Supersport Race with a new lap record of 129.197mph, and then completed his hat-trick with victory, and another new lap record, in the Lightweight Race.

Hickman came from a lowly tenth early on in the Superstock Race to claim a debut TT win and after Harrison won the second Supersport Race, the duo went head to head in the Senior.

In one of the best TT races ever, the duo were never more than seconds apart with Harrison leading up until the Bungalow on the final lap. Hickman’s stunning lap record gave him the win by 2.1s.

Ben and Tom Birchall took a superb Sidecar double which saw them record the first ever sub-19minute lap and up their own lap record to a staggering 119.250mph, whilst Michael Rutter (Mugen) won the TT Zero race with a new lap record of 121.824mph - the first ever 120mph+ lap in the class.